SEND TO A FRIEND

Send to a Friend 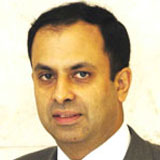 Prior to joining Info Edge, Mr. Kapoor was the Global Chief Operating Officer for Timex Group USA, Inc. until May 2013. He was also Chairman and Managing director of the publicly held Timex Group India Limited from October 2000 onwards.

Mr. Kapoor started his professional career in 1987 with Nestle India Limited. He later worked with Bausch & Lomb, where he was part of the startup team that launched RayBan sunglasses and the Bausch & Lomb vision care range in India. He subsequently went on to manage the overseas marketing territories of Russia, Ukraine and East Africa in addition to the SAARC region. In 1996, Mr. Kapoor relocated to Thailand as the Country Manager for Bausch & Lomb and Commercial Director for South East Asia and the SAARC region.

He has a Bachelor of Arts degree in Economics from the University of Delhi and a Post Graduate Diploma in Management (PGDM) from the Indian Institute of Management (IIM), Ahmedabad. 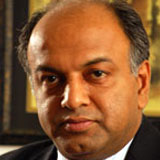 Mr. Bikhchandani’s work experience includes an advertising position at Lintas India Limited, a marketing position at HMM Limited (now known as Glaxo SmithKline), and a senior management position at CMYK Printech Private Limited (owner of The Pioneer newspaper). Along with his partner, Mr. Hitesh Oberoi, he won the Ernst and Young – Entrepreneur of the Year award in 2008 for Business Transformation. He also won the Dataquest Pathbreaker Award and the Teacher’s Achievement Award for Business in 2008. He is a frequent speaker on entrepreneurship at conferences and at business schools.

He obtained a Bachelor of Arts degree in Economics from St. Stephen College, Delhi University in 1984 and a PGDM from IIM-Ahmedabad in 1989. 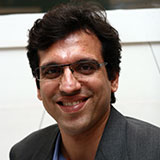 Mr. Oberoi’s prior experience includes a 4 year stint with Hindustan Unilever Limited where he last worked as a Regional Planning and Distribution Manager for its Ice Cream Division

With almost 18 years of experience in the internet industry, he is part of various industry forums. He is a charter member of the TiE, New Delhi and also the past Chairman of IAMAI – The Internet and Mobile Association of India.

He is also a Founder an on the Board of Trustees of Ashoka University.

Along with his partner, Mr. Sanjeev Bikhchandani, he won the Ernst & Young – Entrepreneur of the Year award in 2008 for Business Transformation.

He obtained a Bachelor of Technology degree in Computer Science from Indian Institute of Technology (IIT), Delhi in 1994 and an MBA from IIM, Bangalore in 1996. At IIM, he featured in the Director’s Merit List.

Prior to joining Info Edge in 2014, he worked with Computer Associates. 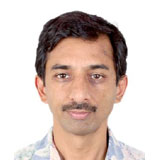 Mr. Ashish Gupta, a U.S. National, holds a bachelor’s degree in computer science from Indian Institute of Technology, Kanpur, where he was awarded the President’s Gold Medal and a doctorate from Stanford University, U.S.A in database technology. Mr. Gupta is a partner at Helion Venture Partners, investing in early stage companies in India and in the U.S.

Mr. Gupta has been involved in several startups in the U.S. and in India as an investor and a board member. These include Daksh, now part of International Business Machines (IBM).

He is also a co-founder of Tavant Technologies. Before working at Tavant Technologies, Mr. Gupta was at Amazon.com which he joined in 1998 with the acquisition of Junglee.com where Mr. Gupta was co-founder, vice president of engineering, and a board member. He has also worked at Oracle Corporation and at IBM’s Almaden Research Center. Mr. Gupta has published and presented numerous papers at international conferences as well as edited a book on “materialized views” published by Massachusetts Institute of Technology press. 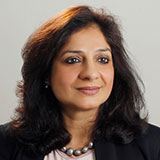 Ms. Geeta Mathur started her career with ICICI Bank, where she worked for over 10 years and represented ICICI Bank as nominee Director of ICICI on the Board of Eicher Motors, SIEL Ltd. and Rollaitainers Ltd. She also has served in various capacities in the large organizations like IBM, DCM Group, Emaar MGF. She transitioned to development sector and worked as CFO of Helpage India, one of the largest and oldest national level NPO, working for cause of elderly. She successfully transitioned to an oracle ERP package and introduced effective processes for cashflow management, budgeting etc. and was awarded for best presented and transparency in accounts during her tenure. At present she is associated with IPE Global, an international development consulting group providing technical assistance and solutions for equitable development and sustainable growth in developing countries, where she is engaged with them as a financial expert in project with CIFF and Government of Rajasthan in area of Women and Child nutrition and development. She also serves on advisory board of Saajha, a non-profit enabling greater parental engagement in Governmental schools to improve learning of children.

Ms. Mathur is a Chartered Accountant and has done Graduation from Shri Ram College of Commerce, Delhi University. She has wide experience in finance with over 25 years of experience in banking, large corporate treasuries, investor relations and development sector and specializes in the area of project, corporate and structured finance, treasury, investor relations and strategic planning. 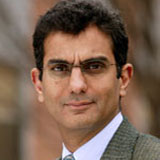 Mr. Sharad Malik is a professor of electrical engineering at Princeton University and an expert in electronic design automation.

He has received numerous awards for his research and teaching and has been recognized through the IIT Delhi Distinguished Alumni Award. 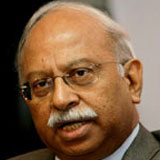 Mr. Srivastava is one of India's leading IT entrepreneurs, angel investors and venture capitalists. He chairs or sits on the board of several companies. He founded one of India's most trendsetting IT companies, Xanza Plc. (previously IIS Infotech). Xansa plc. is a US$600 million IT company listed on the London Stock Exchange. Mr. Srivasatva chairs Infinity, India's leading seed-stage VC fund, as also the Indian Venture Capital Association; he sits on the boards of several of India's central and state governments' VC funds. He is a co-founder and past Chairman of NASSCOM; President of The Indus Entrepreneurs ("TiE"), Delhi and on the global board of TiE, the world's largest organization devoted to entrepreneurs. He is on the advisory board of the Imperial College, Business School London, and an adjunct professor of entrepreneurship at IIT-Bombay. IIT-Kanpur has conferred the Distinguished Alumnus award on him.

He is the holder of a Bachelors of Technology degree from IIT-Kanpur and a Master of Science degree from Harvard University, USA. 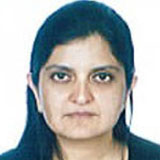 Bala C Deshpande is the Senior Managing Partner at MegaDelta Capital Advisors. Bala has nearly two decades of experience in investment advisory, having started her investing career with ICICI Venture in 2001. In 2008 she joined NEA to set up their India platform where she headed the practice for 10 years and helped NEA US in investing and backing disruptive companies in the mid-market space. Prior to her investing experience, Bala had deep operational experience having worked for about 10 years with well-regarded multi-national corporations in India such as ICI, Cadbury’s and Best Foods.

Her investment advisory career spans both early stage and growth investing experience across multiple sectors. She has played an instrumental role in many innovative plays and entrepreneurial journeys including the first Internet IPO, first 24-hour news channel, first Payments Tech company, several consumer companies that redefined the sector etc. She is an Independent Board member of two deeply disruptive companies viz. Info Edge Ltd and Future Enterprise Limited. During her Board Tenure these companies have grown exponentially, emerged as category leaders and created immense shareholder value with multi-billion-dollar market caps.

She is passionate about Technology and its far-reaching implications on markets, businesses and consumers. She seeks to back and help build disruptive businesses and entrepreneurs who redefine markets and create lasting economic value.

Dr. Gupta is widely regarded as a computer science expert in the areas of shape, motion, image understanding and AI research. His Ph.D. thesis, "Recovering Shape and Motion from a Sequence of Images” was nominated for the ACM Distinguished Dissertation award.

Dr. Gupta was Managing Director of Adobe's India Research and Development Center that he started from concept in 1997, till March 31, 2015; it has since grown to be the second largest Adobe R&D campus worldwide. Dr. Gupta is also responsible for the Print and Classis Publishing Business Unit at Adobe. In this role, he oversees product marketing and development for Adobe's standalone print, web publishing and e-learning tools such as Adobe® PostScript®, Adobe® Contribute™, Adobe Captivate™, and Adobe Technical Communications Suite software. His organization serves a broad and established base of customers who are publishing content on paper, electronically or over the Web.

Prior to joining Adobe, Dr. Gupta served as principal scientist and director of the applied artificial intelligence (AI) group at LNK Corp., a company funded by the U.S. Department of Defense to develop solutions for image and pattern recognition, target tracking, data mining, data fusion and compression.